Announcer: Welcome to the first annual Bossy Awards! Everyone give a round of applause for our hosts, Jessie, James, and Meowth!

James: We are pleased to be hosting the first ever Bossy Award Show!

Meowth: A Bossy is an award of great honor bestowed upon Pokémon media to show excellence in its field. This is the trophy that all other covet.

END_OF_DOCUMENT_TOKEN_TO_BE_REPLACED

James: Welcome to Rocket Reviews, where we critically review anything and everything. I’m your host James, and this is Mime Jr.

James: Since today is all about Hollywood and movies, this episode of Rocket Reviews will be focusing on the various movies, good and bad, across the history of Pokémon. You can count on us to provide with completely informed reviews, without any bias.

James: We’ll be looking at three different movies today. The very first of these will be none other than the classic itself, Mewtwo Strikes Back.

James: If you ask me, this might just be the greatest Pokémon movie there is, at least until the release of The Team Rocket Movie. Think about it, if it weren’t for Team Rocket, this movie could not have existed. Mewtwo, the very driving force and titular character of the film was created by the great and powerful Boss Giovanni. Then there’s the true heroes of the film, who are clearly those three handsome viking pictured above. If it weren’t for them, Mewtwo might just have gotten away with destroying the world. Above that, it’s Meowth and his clone who are the first to realize that they shouldn’t fight.

James: Exactly. This is basically the prototype for the Team Rocket Movie. Until now, this is the closest to perfection a Pokémon movie has gotten. I’m sure many doubted that there ever would be something more perfect. I guess they were proven wrong to day, eh Mime Jr.?

James: Okay, next on our list is something a little more modern. It’s Kyurem Vs. the Sword of Justice. 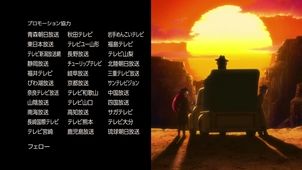 James: You’ve got to be kidding me! That can’t be it! This entire movie, and that’s how we appear!? You can barely even tell that that’s us! Aside from this one shot of us looking out at the sunset, we get a smattering of random cameo appearances, also wearing trench coats and hats.

James: Exactly! Do the makes of these movies not realize what integral characters Team Rocket is to the Pokémon series? The scale of our appearances in movies may have been dwindling in the preceding years, but at least we had our own scenes and speaking roles! But here we got only the smallest of cameos! No respect whatsoever! I suspect that if it weren’t for our tenure, they wouldn’t have even put us in this one.

James: And there’s something  that really doesn’t make sense to me. I get it, in Unova we were going through a phase. A very strange and boring phase. But that doesn’t explain this. Here’s the thing, we had already ditched the black uniforms and returned to our fun-loving selves long before this movie came out. Heck, even the previous movie, which came out during the season that we were drab and dull featured us better than this. I don’t know what they were thinking. Makes no sense.

James: *Deep Breath* Okay, sorry. Now that I got that rant out of the way, let’s give this movie its final rating. I’m afraid that across the board, for the categories of plot impact of Team Rocket, usage of Jessie, James, and Meowth, and total Team Rocket integration, this movie scores 0, zip, nada. That gives this movie an aggregate Rocket Rating of 0. Now, what does that mean? That means that this film is the greatest piece of trash to ever exist. You would be better off staring at a wall for an hour and a half than to watch this thing that dares to call itself a movie. If you haven’t watched this movie yet, be thankful that I watched it for you.

James: Okay, now that that abomination is done with, it’s on to the most recent movie in the Pokémon franchise, The Power of Us. 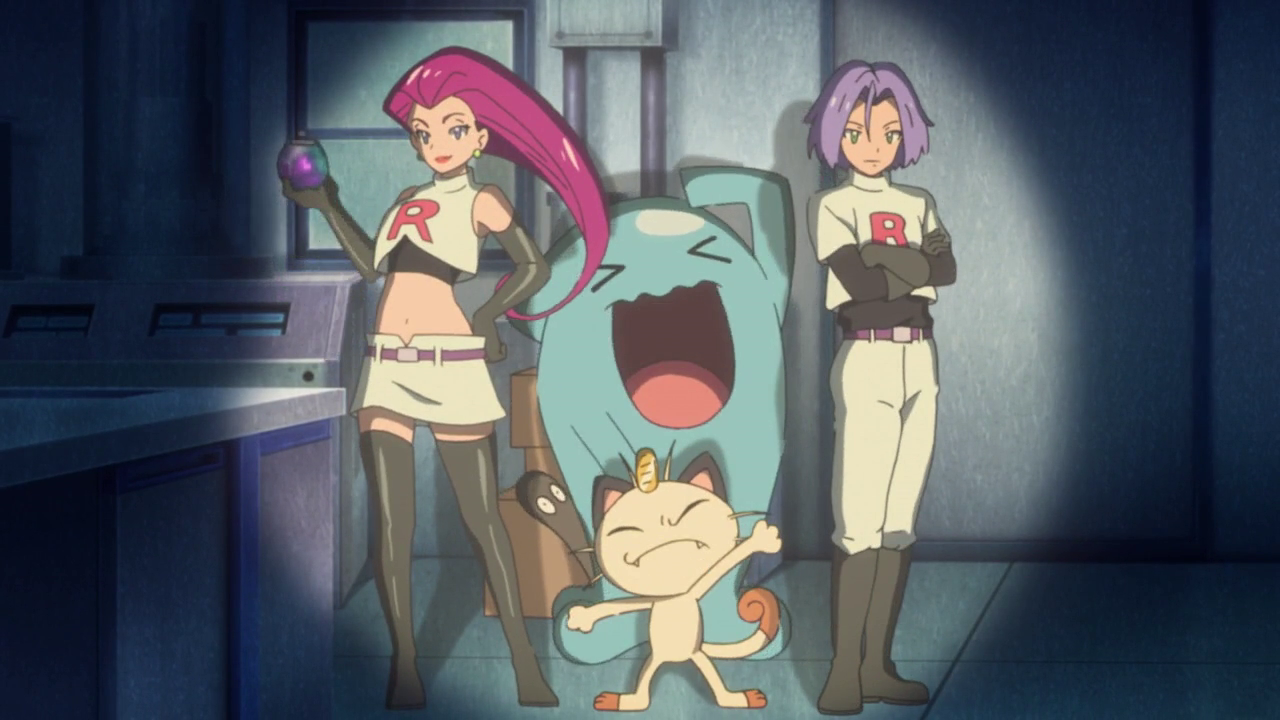 James: Oh? Who are these handsome devils? Clearly it’s us, but we don’t quite look right. Also, I don’t remember the events of this movie in the slightest. Clearly I’m there, as pictured, but I’m drawing a complete blank.

James: Okay, after some research, I’ve found out that this movie supposedly takes place in a different timeline that the one I come from. Strange. I wonder how the producers managed to cross the dimensions to film this one.

James: Maybe… Anyways, this film was a breath of fresh after the last one. While, strictly speaking, it might not feature the Team Rocket you know and love, it essentially does. Not only that, but alternate Team Rocket serves as not only the villains of this film, but the heroes. You see, it’s due to the direct actions by alternate Team Rocket that the city becomes overrun by the essence of Effect Spore. There is no true villain in this movie, making alternate Team Rocket the closest things. This also marks the first time in Pokémon history that Team Rocket, any version of them, have been the direct cause of a movie’s conflict. At the same time, it is only this version of Team Rocket’s Lum Berry juice that saved the city. Team Rocket drove this plot exactly like they deserve. I extend my congratulations to that timeline’s Team Rocket. They have achieved something great.

James: Of course, that’s nothing compared to what we will achieve in the upcoming Team Rocket Movie. Anyways, on to the Rocket Ratings. For Team Rocket plot importance, this film scores a 8. For usage of Jessie, James, and Meowth it scores a 6. And for total Team Rocket integration, a score of 7. That gives the movie an aggregate score of 21 out of 30, a fair score. One of the main reasons this movie didn’t score higher is that it inexplicably chose to use a different version of Team Rocket than us, meaning that it went for sub-par replacements. Despite that, this movie still ranks well. If you haven’t seen it yet, we suggest you do.

James: And that’s it, that’s all of our reviews for today. We hope you enjoyed Rocket Reviews. If you have any questions, be sure to leave a comment and ask. We’ll answer during the Team Rocket Q&A Session later today.